It has been about a month since I started an exercise to upgrade to migrate from Drupal 6 to Drupal 8 using the migration tools provided in Drupal.

In the time since my last post on the subject, I have been concentrating on updating the look and feel of the theme. Note that you can see a listing of all my posts here.

I have to say that I am impressed with the ability in Drupal 8 to create a Child Theme of an existing Theme and then create separate libraries for the stylesheets and javascript that then enhance the base theme without compromising the integrity or upgrade path of the base theme.

Creating a Sub Theme was one of the resources I used.

For this example , the sub theme will be called hartleyvoicescouk

I used Adding stylesheets (CSS) and JavaScript (JS) to a Drupal 8 theme as a reference. 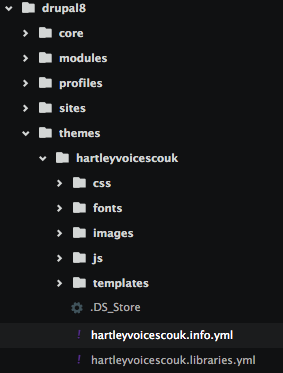 The Bartik base theme was used as a basis for this Sub theme. 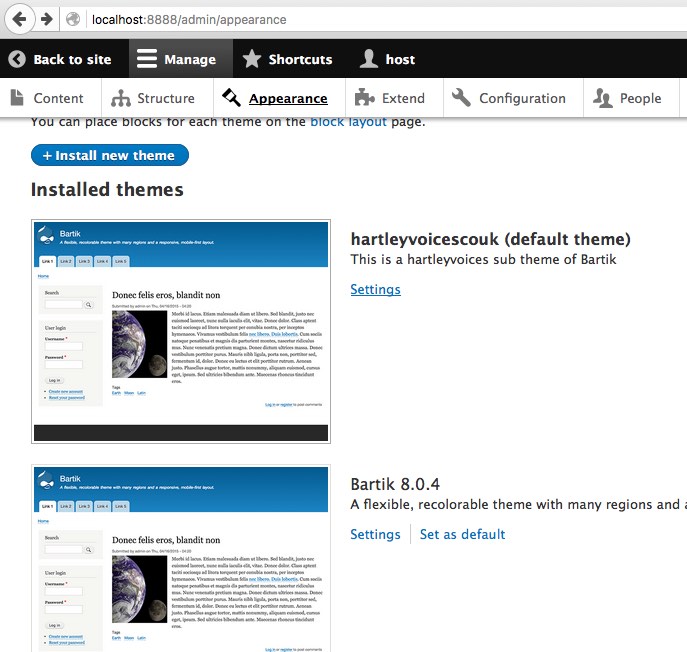 This was the tricky and time consuming part, mainly as for each of the style elements I wanted to customise, I needed to find the related element in the Parent Theme. These were generally found in one of the css files in the bartik -> css -> components folder

within the hartleyvoicescouk css folder a style.css file contained all the custom css for the sub theme. 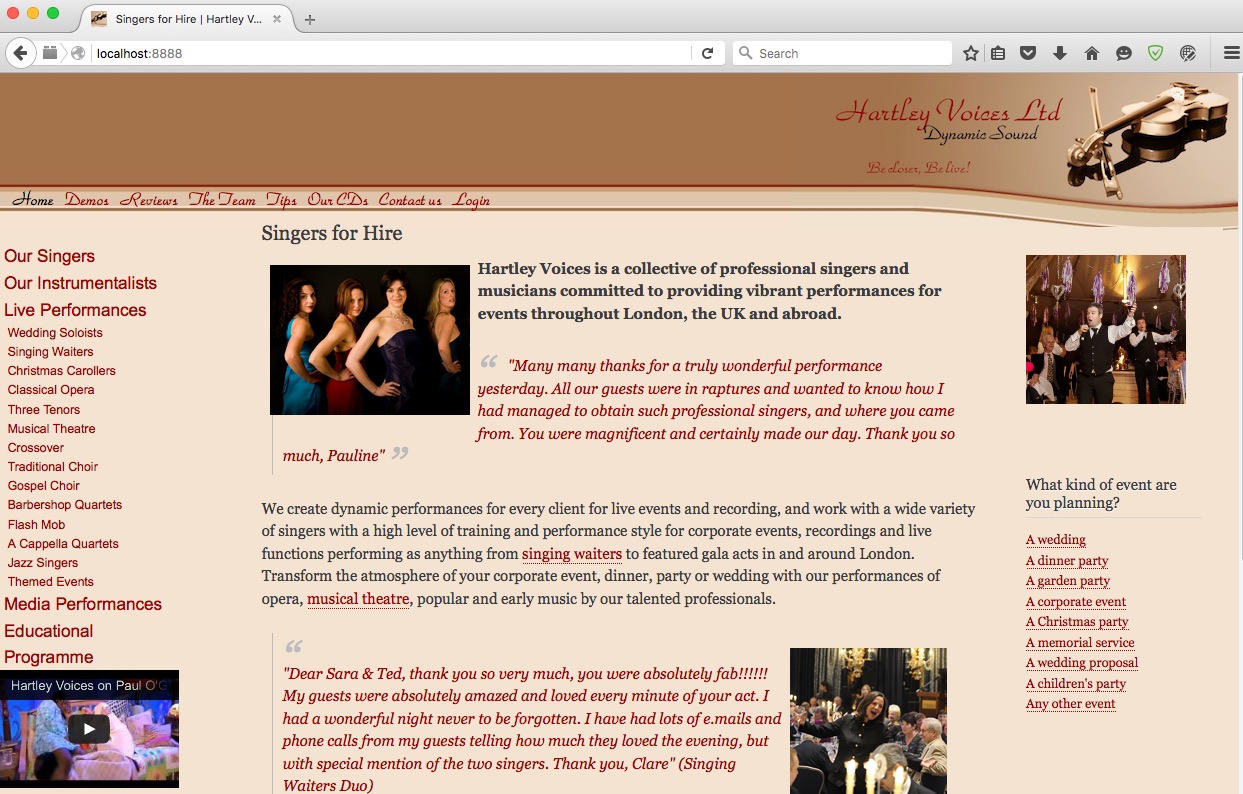 I came across a shortcoming with the Drupal 8 that I cannot resolve. Hartley Voices is a live music events agency and so there is a need to support audio / mp3.

I was very surprised that Drupal, as a ‘modern’ CMS does not support standard HTML5

Since using Jekyll as a static site generators and prose.io as an online editor, I am now seriously considering converting the entire Drupal 6 site to Jekyll or potentially Hugo.